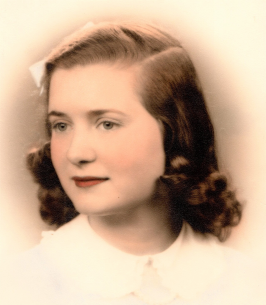 Rosemary (Pizzoli) DeVito, of West Hartford, beloved wife of the late Bernard A. DeVito, were reunited in heaven on August 19, 2022, after 30 years of being apart. Rose was a graduate of Bulkeley High School class of “1942” after which she worked at the Hartford Insurance Company through the 1940's when she and Bill started their family. She was always a caring and loving person helping to care for her mother during a nine year illness and her husband during his four year illness. She loved spending time with her grandchildren and great-grandchildren and when apart would talk to their pictures.

Calling hours will be on Wednesday, (August 24), at Sheehan Hilborn Breen Funeral Home, 1084 New Britain Ave., West Hartford, from 5:00pm to 7:00pm. There will be a Mass of Christian Burial on Thursday, (August 25) at 10:00am at St. Brigid Church, 1088 New Britain Avenue, West Hartford, followed by interment at Mount Saint Benedict Cemetery, 1 Cottage Grove Road, Bloomfield. In lieu of flowers, donations can be made to the American Diabetes Association. Online condolences may be made at www.SheehanHilbornBreen.com.