To share your memory on the wall of Bruce Bidwell, sign in using one of the following options:

Receive notifications about information and event scheduling for Bruce

Print
Because of the pandemic, plans for a memorial service at Center Church cannot be made at this time but will be shared at a later date. Donations in Bruce’s memory may be made to The 1636 Heritage Partnership Inc., “a non-profit, non-religious 501(c) (3) organization committed to the preservation of Center Church’s 1807 Meeting House and 1909 Church House”. Address: 60 Gold Street Hartford CT 06103 or online at www.1636hp.org

We encourage you to share your most beloved memories of Bruce here, so that the family and other loved ones can always see it. You can upload cherished photographs, or share your favorite stories, and can even comment on those shared by others.

Posted Nov 16, 2020 at 08:25pm
Dear Robin and Family......So sorry, for your loss during this difficult time. I will always remember Bruce as a very kind and caring person. I worked for the Bidwell Company from 1970-1976 right up to the final day, as a the purchasing agent to Bruce. I also worked with his father Eliot Bidwell , who was also a wonderful person. These were wonderful years. I knew Christopher Bidwell as a fine young man. Bruce was a special person to me, in many many ways. Would love to meet you and your family, when Bruce's funeral services are finalized. Sending you & your family my deepest sympathy. Joe Billera South Windsor, Ct.
Comment Share
Share via:
LV

Posted Nov 15, 2020 at 10:54am
Dear Robin and Family,
Our deepest condolences...
Hugs and Blessings to you during this difficult time. I’ll always remember Bruce as a kind, intelligent, and caring soul. He always went above and beyond regarding the excellent work he did behind the scenes for Center Church.... 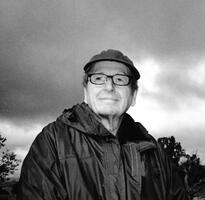