To share your memory on the wall of August Schaller, sign in using one of the following options:

August was born in Manchester on October 29, 1939, son of the late August and Mary (Christian) Schaller. He was a graduate of Prince Tech/Hartford Regional Technical School, class of 1958 and attended the University of Hartford for a year. He went on to serve in the U.S. Army for six years, where he received a certificate of achievement for his Physical Combat Proficiency Test. After which, he worked at O’Neill’s Chevrolet and Buick in Avon where he was a manager and worked for over forty years. He was happily married to the love of his life Maris, on April 3, 1971.

August was a kind, caring, extremely funny, the biggest jokester, and a loving and devoted family man whose greatest joys were spending time with his wife, children and his four grandchildren. In his spare time he loved woodworking, yard work, fishing, crabbing, attending his grandchildren’s sporting events and educational accomplishments, watching the Red Sox, Boston Celtics and UConn basketball and watching his daughter coach her field hockey teams. He was always proud of his grandchildren and what they have accomplished, whether it be games, concerts, achievements, graduations...he was their number one supporter. His favorite thing to do every day was taking trips to stop and shop where he would see some of his friends or go to the local package store down the street to say hi. He constantly made people smile, always joking and laughing, not wanting to be serious for too long. August was the rock of the family and he will be dearly missed.

A mass will be held on Friday, October 30, 2020 at 10:00 a.m. at St. Thomas the Apostle Catholic Church, 872 Farmington Ave, West Hartford, CT. Burial will be private.
*Family and friends are welcome but must wear a face mask.
Online condolences may be made at www.SheehanHilbornBreen.com
Read Less

Receive notifications about information and event scheduling for August

We encourage you to share your most beloved memories of August here, so that the family and other loved ones can always see it. You can upload cherished photographs, or share your favorite stories, and can even comment on those shared by others.

Posted Oct 27, 2020 at 10:44am
Maris, Nikki and Stephen I just wanted to send my deepest condolences to you and your families on your loss.
Logan M.
Comment Share
Share via: 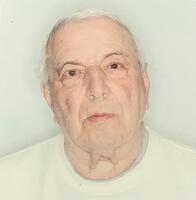